Attitudes of Trinidad Youth Towards Entrepreneurship 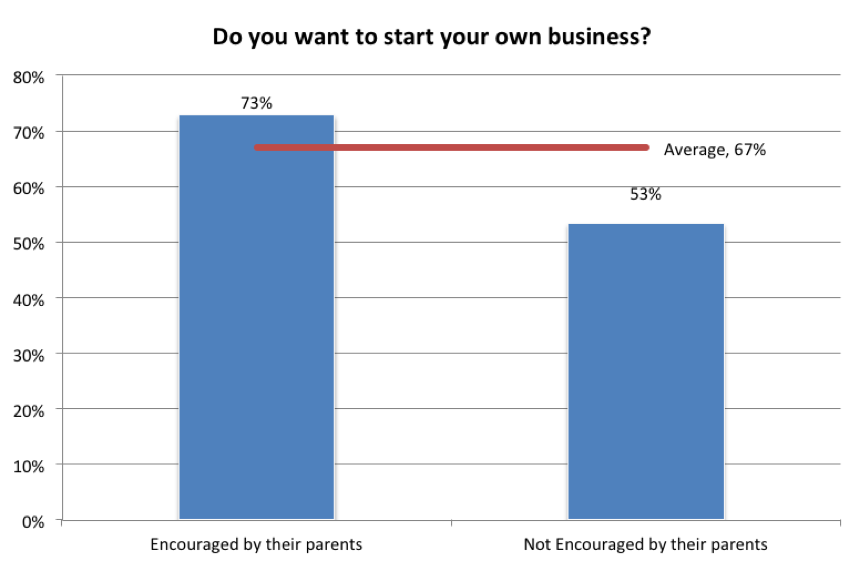 The study revealed that the majority of students believed they could become successful entrepreneurs (93%) though only 67% wanted to start their own business. Nonetheless the vast majority of students (94%) believed that they could be successful through a good business idea, hard work and determination and that engaging in entrepreneurship is a worthwhile activity beneficial to society (92%). 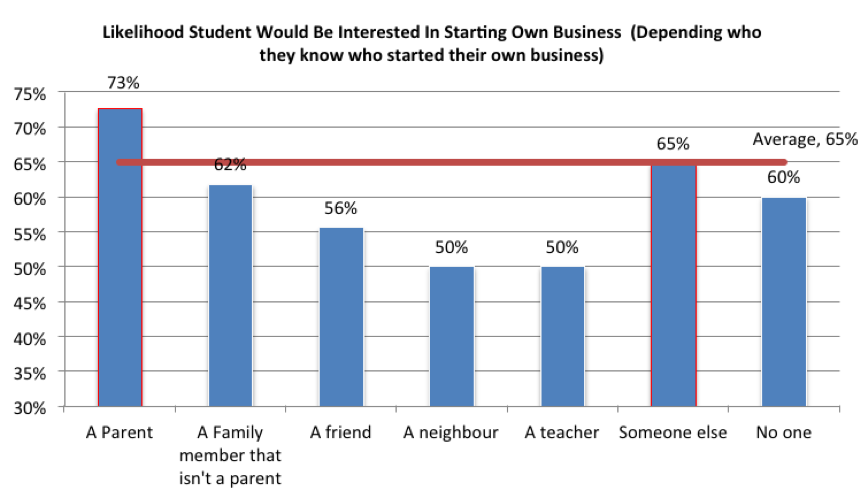 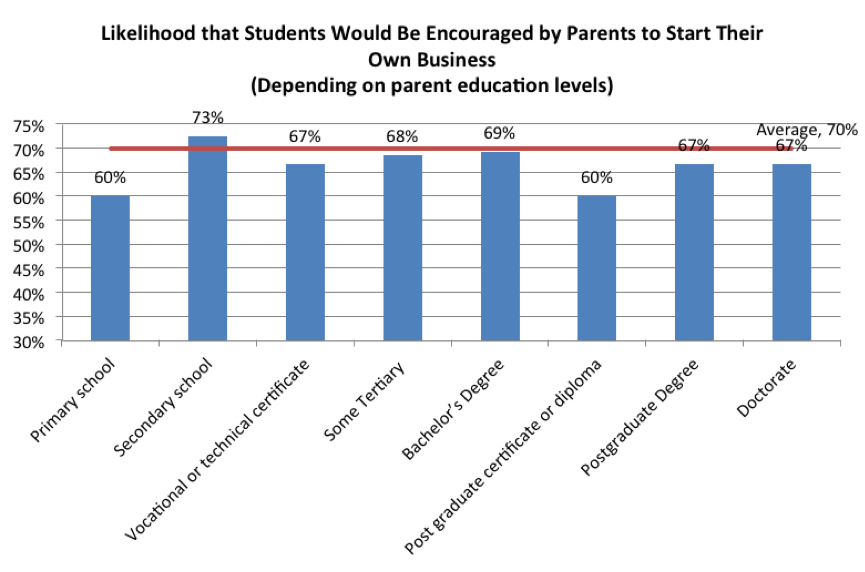 Notably the top two preferred information sources for student on starting a business were from persons who had started their own business (48%) and a youth based organisation focused on business (38%). The findings suggest a viable space in which Junior Achievement (JA) can further target students’ to foster entrepreneurial tendencies.