Why Banking Service Levels in Trinidad & Tobago are So Poor

The general population is continuously subjected to poor service at commercial banks.

In spite of the above local banks find themselves in excellent financial shape and perpetually report steady profitability. Normally industries that provide such poor service eventually experience a natural decline. What exempts the T&T banking sector from this fate?


T&T Commercial Banks Benefit From Oligopoly Status
Banks in T&T operate in an market arrangement that can be described as an oligopoly that is dominated by a small number of service providers. Consequently a lack of competition leads to higher costs and poor service. Moreover because there a so few competitors, competitors are very much aware of and are influenced by competitors. Their strategies therefore are based on the likely responses of competitors and therefore incentives exist for collusion cartelization to ultimately take place.

A simple yet obvious example are the opening and closing hours offered by all T&T commercial banks which completely disregard the needs and preferences of customers. In other jurisdictions extended banking hours are offered for the customers convenience.

Even in Barbados for example Banking hours are generally: Monday - Thursday 8:00am - 3.00pm. Fridays 8:00am - 5.00pm  and weekend service is also available. While in Canada:


Further evidence of a cartel was the establishment of the Banker's Association of Trinidad & Tobago (BATT) whose function is centered on the following:
"Fostering a collaborative approach for positioning the banking sector in Trinidad and Tobago..."
"Working as a cohesive body in partnering with the Central Bank and other local regulatory and business agencies..."

In fact some may argue that where such a formal agreement exist such as the BATT that an actual formal banking cartel exist. This oligopoly status also bestows on competitors price setting privileges as opposed to being price takes in a more competitive market environment.
What Grants Commercial Banks Oligopoly Status? High Barriers to Entry.
Government regulation: namely the Financial Institutions Act 2008 (FIU) that favors existing firms making it difficult for new firms to enter the market including:
"the applicant's ability to meet the requirement of a minimum stated capital or assigned capital of not less than fifteen million dollars or such increased amounts as may be required pursuant to section 16(4), 17(7) or 18(4)"
"Annual fees equivalent to $200,000 annually payable to the central bank."
It is noteworthy to mention that new applicants are not guaranteed registration as applications for a banking licence may be declined by the Minister, who may "approve or refuse the application".
The application process and fees though insignificant to large institutions act as an artificial barrier to potentially smaller community banks that could have sprung up in the absence of these barriers to entry.

A community bank is a depository institution that is typically locally owned and operated and tend to focus on the needs of the businesses and families where the bank has branches and offices. Lending decisions are made by people who understand the local needs of families, businesses and farmers etc. Employees often reside within the communities they serve. These smaller community banks would not only spur competition but would could grow into a bigger bank if they offered competitive service to customers. In the US for example, independent community banks with aggregate assets less than $US1 billion comprised 94% of all banks from 1985 to 2004.

Credit Unions in T&T have somewhat served this purpose however there are many services which Credit Unions cannot offer that commercial banks can because of regulatory restrictions. Consumers are therefore denied the benefits of increase competition.

Prohibitive Technology Systems Established  - Incumbent institutions over time are able to invest in and establish expensive and complex technologies that discourage potential new entrants who may not have access. A classic example is the LINX network. The Linx network is a joint-venture corporation equally owned by the four major commercial banks in T&T─ First Citizens Limited, Republic Bank Limited, RBC Royal Bank and Scotiabank of Trinidad & Tobago Limited launched in 1995. 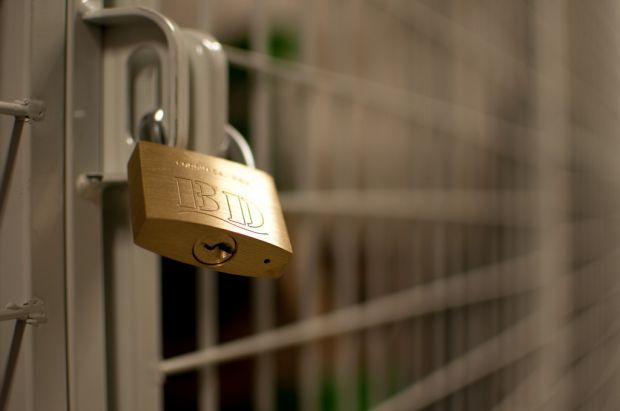 This service enables the banking public to access their funds and use debit cards at Point-Of-Sale locations from any automated banking machine bearing the LINX® trademark.With nationwide acceptance and over 8,700 terminals nationwide.

Any new competitors in the banking market would find it difficult to enter, existing competitors may eventually allow entry on the terms of the existing banks but likely for an exorbitant fee essentially excluding many potential new entrants. Because of this only other large institutions can even consider contending in this market consequently since 1995 only two new licensees we're added to the Linx network -Eastern Credit Union in 2008 and the Bank of Baroda in 2011
Collective Maintenance of the Status Quo
Because banks in T&T are fully aware of the actions of other competitors and will respond appropriately, banks in T&T take into consideration the possible reactions of all competing firms and the firm's counter moves. They will also be reluctant to engage in any new, innovative and extravagant competitive moves which could spark a competitive war. So they essentially maintain the status quo or move in lock step in implementing new services or fees that would be self destructive.

The banks therefore neutralizing competition among themselves. A prime example was when all the commercial banks in T&T began providing internet banking all around the same time to customers so as to avoid canabalization of competitor market share. This was no coincidence. 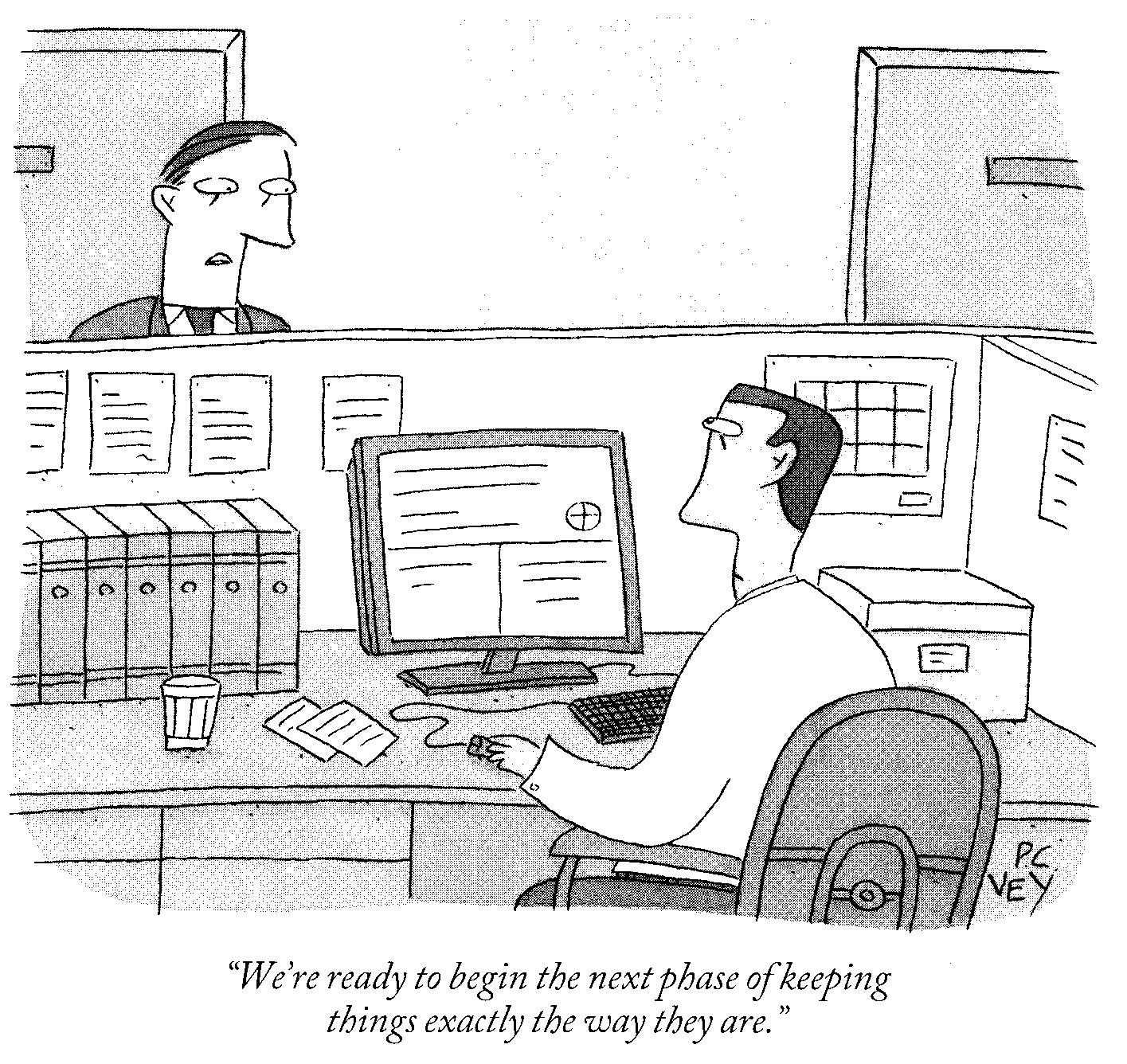 Had a more competitive environment existed there would be little to no interdependence among these market players and as such better services and prices for consumers.
Non-Price Competition: T&T consumers are further deprived because within the banking sector competitors tend to compete on terms and service offerings other than price. They therefore offer gimmicks, special promotions, loyalty schemes and advertisements -all examples of non-price competition that offer limited tangible benefit to the consumer.

Government Support Via Central Bank
Existing commercial banks benefit from being able to borrow money from the central bank at the published discount rate of 4.75% while the prime lending rate sits at 7.5% though banks will offer loans to consumers at 15%, 16% or 17%.

Moreover commercial banks can also source overnight financing if they are temporarily unable to meet their liquidity requirements at a rate of 2.75%.

Consumers are not allowed to purchase foreign exchange from the Central Bank directly but must purchase or sell their foreign exchange to the established commercial banks at less that preferred rates to the customer.

The above describes the major reasons why T&T endures such poor customer service from its commercial banks. Only through allowing more competition removing and government crutches can the population benefit from improved service and lower fees. A good start would be to allow Credit Unions to offer the same services offered by commercial banks.

We welcome your feedback!
Posted by TrinbagoViews.com