Everyone acknowledges that Trinidad has a severe motor vehicle traffic problem. In this article we explore the primary causes and also indicate the simple solutions that can be applied to solving this major drag on T&T's productivity.

Though many hate to admit because they perceive that they directly benefit from the subsidy the gas subsidy has an overall net negative effect on society. A general economic rule applies that whatever is subsidized you  get more of. Consequently, because gasoline consumption is subsidized there is more gasoline consumption by way of the usage of private vehicles and by extension the purchase of private vehicles.

The subsidy inadvertently acts as an incentive to use more gasoline. Conversely people do less of an activity when the penalty or cost increases. Therefore if persons in T&T paid the true higher cost of gasoline there would be a natural decline in gasoline consumption i.e. the number of cars on the road would decrease. 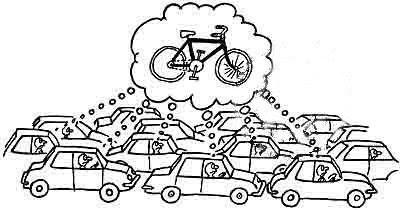 Instantly removing the subsidy would force commuters, drivers in particular to be more judicious in whether they opt to use their vehicles. They would suddenly become more conscious of what will instantly become a more scarce/valuable resource and take steps to minimize its use. Without any form of coercion commuters would consider:
Note than in any economy prices act as signals of scarcity -when the price is high, it signals more scarcity i.e. demand is high relative to supply. Conversely when the price of something is low,then it's less scarce. By observing prices, consumers will adjust their consumption accordingly. The fuel subsidy stifles this process. The removal of the subsidy would induce consumers to switch from a scarce resource - gasoline to less scare resources indicated above.

Our infinitely wise central planners have over the years insisted on government offices and other essential service providers be established in and around designated city limits. These poor decisions contribute to congestion and overcrowding.

3. Central Planners Have No Incentive to Solve Traffic Problems 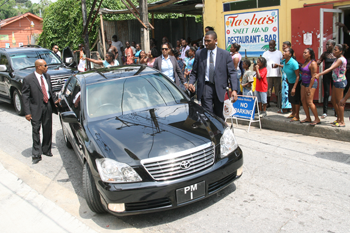 Another reason politicians have no reason to truly address the traffic problem is because they are not subject fully to the negative effects of traffic. They are afforded the following perks that the average citizen does not enjoy:

All these mitigate the effects of their commute. After all why even try to sincerely solve the traffic problem when it doesn't really impact you.

Often overlooked are the limited hours of operation the two major maritime ports. Though operations can occur 24 hours a day, weekend and public holidays. Delivery and retrieval of cargo is subject to the availability of customs officials who operate between 7 am - 3 pm after which overtime rates are applicable. This results in most truckers, importer and exporters opting to arrange pick up and deliveries at peak traffic times. If transactions could be done freely after hours this would reduce the volume of traffic on the roadways during peak traffic times.

5. Government restrictions on the issue of taxi permits, taxis and maxi taxis.

Despite the demand for public transport persons genuinely interested in supplying transport / taxi services to the public are artificially blocked by government regulations. They must go through the process for a taxi badge, Registered as Owner of a Maxi-Taxi, arrange and submit an Application To Operate a Maxi-Taxi etc or be subject to tickets and fines. These very bureaucratic  regulations serve to restrict supply thereby leading to higher fares for commuters and shortages.

The reflexive response of most Trinbagonians would be shun even the thought of the fuel subsidy being removed, but consider how much of your time you would no longer waste in terrible traffic day after day.  Consider how much less strain would be placed on your family, your car and the environment. Consider how much more efficient you'd be in planning your commutes and errands.

Note also that the fuel subsidy isn't free but is paid for by your tax dollars and proportionately benefits the more the affluent than the poor / middle class since they can afford more cars and vehicles that have higher fuel consumption such as Trucks and SUVs.