The Case for the Immediate Privatisation of Caribbean Airlines The Trinidad and Tobago tax payer should not be a player in the commercial aviation business and should immediately cut its losses and get out.

After all, contrary to what the politicians suggest we do not need a national airline. National airlines are often established on the premise that in the absence of a national service provider the wants and needs of locals would be left wanting. This is a false narrative for if Caribbean Airlines didn't today exist we all would not be stranded here on the islands of Trinidad & Tobago or Jamaica.

The only reason state ownership is maintained in spite of the massive losses, poor operations and terrible service is because of the tendency of bureaucrats / politicians to:

1. Use the facilities and service of the airline as their personal fleet
2. Never admit mistakes and poor decisions,


3. Dictate and control as many elements of peoples lives and the economy as possible.

4. Provide another avenue to enrich themselves and their acquaintances

5. Succumb to hubris i.e. extreme pride, arrogance and a lack of contact with reality and an overestimation of their supposed competence or capabilities and;

6. To blame others for shortcomings and failures. 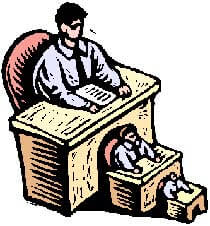 Moreover unlike private ownership scenarios where the owner/owners stand to lose personally from poor business decision politicians escape this stark consequential reality. In fact quite the opposite they typically benefit when they fail as they use their own failure as justification for more bureaucracy, control or oversight.

Even more misguided is for a state entity like Caribbean Airlines to attempt to be viable in such a competitive and risky industry. Many other governments have come to this realization, so  much so that the pattern of ownership has been shifting to privatization where ownership has gradually changed from governments to private and individual sectors or organizations.

In addition it is reported that profitability even in the good years is generally low, in the range of 2-3% net profit after interest and tax, but since 1980, the airline industry has not earned back the cost of capital during the best of times. Conversely, in bad times losses can be dramatically worse.

Even Warren Buffett once said that despite all the money that has been invested in all airlines, the net profit is less than zero. He believes it is one of the hardest businesses to manage. T&T bureaucrats and politicians however believe they can do it.

T&T should stop wasting precious resources while providing poor customer service; Caribbean Airlines should be immediately privatized to put a stop to the of millions of dollars being haemorrhaged from the tax payer to the politically connected and the competition.
Posted by TrinbagoViews.com