The public has been conveniently misled about the primary cause of inflation. The interpretations and definitions have been deliberately obscured so as to hide the destructive policies of Central Banks at the bequests of their governments.

Typically inflation is described as; a general increase in prices; however the full definition is conveniently ignored i.e. a continuing rise in the general price level usually attributed to an increase in the volume of money and credit relative to available goods and services. The T&T money supply ($TT dollars in circulation) since 1991 has increased annually at an average rate of 15.5% and is the core driver of inflation. 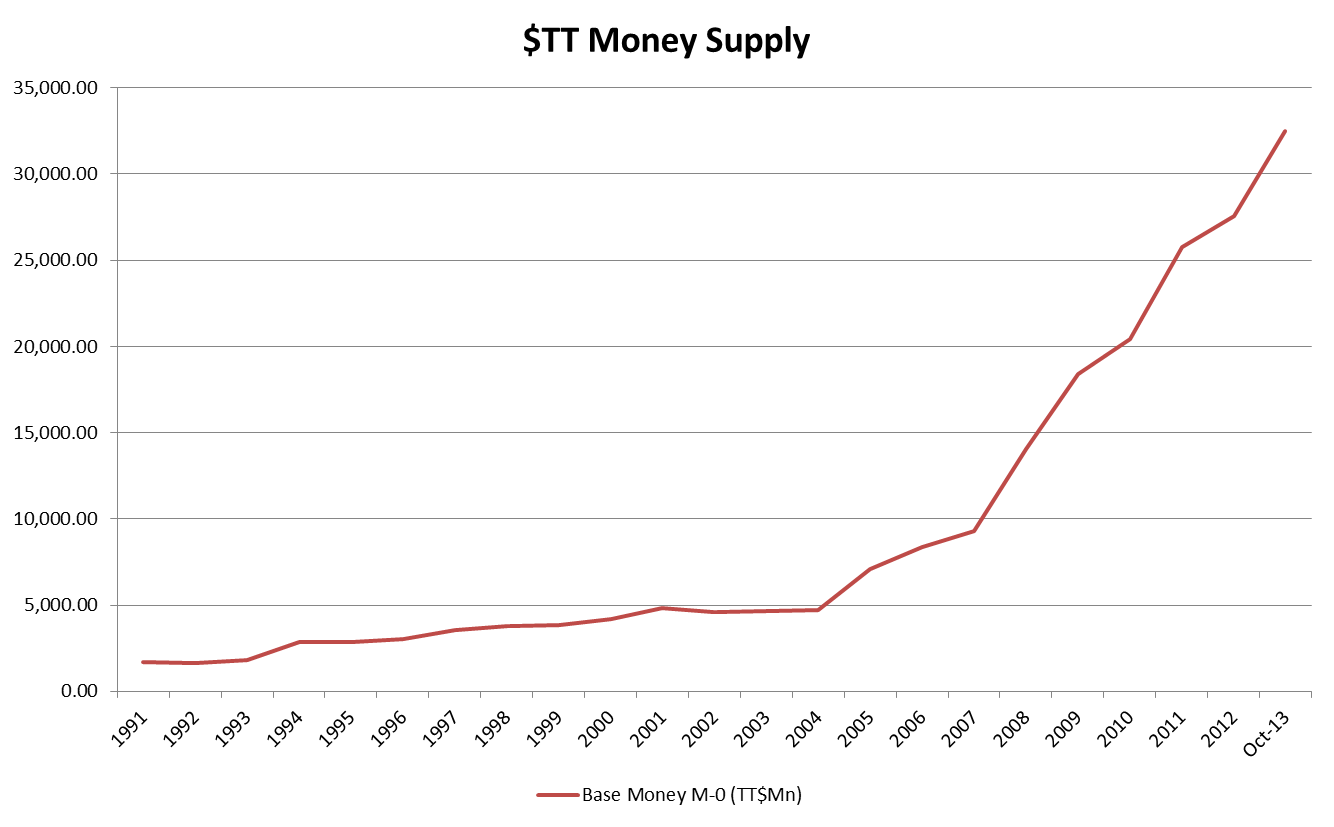 Inflation's relation to the increase in the volume of money is minimized by mainstream intellectuals who are either ignorant of the phenomenon or tacitly approve these inflationary policies because it furthers their economic and political agendas.

When the Central Bank increases the money supply all else being equal prices of goods go up since each individual dollar becomes less valuable.

In fact the quantum of goods may remain the same but because dollars are more abundant prices go up. This is exactly what has happened in Trinidad & Tobago where the  $TT money supply has exponentially increased thereby causing chronic inflation.

Sadly successive governments have indiscriminately printed more dollars and put them into circulation so as to facilitate additional government spending. This additional spending isn't free as it citizens ultimately pay for this government spending via the surreptitious "inflation tax" i.e. a tax on their purchasing power. This is the preferred method of "financing" government spending as it is hidden and is more politically expedient than raising taxes or denying the masses political handouts. 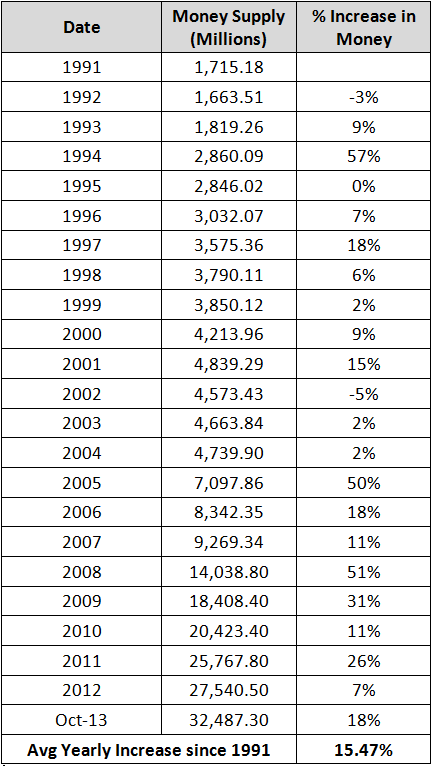