Despite billions of dollars being funneled into poverty eradication programmes the poverty scourge remains; even whilst more citizens are now trapped in destructive inter-generational poverty traps actually set by government.

According to recent reports at least 20 per cent of the population are living below the poverty line in Trinidad and Tobago —despite this coun­try’s "high-income" status and overly generous social welfare system.

The primary cause of the persistent poverty problem however is neglected; -the declining prevalence of the nuclear family in Trinidad and Tobago society and the steady rise in the single-parent family -absent of husbands and fathers. 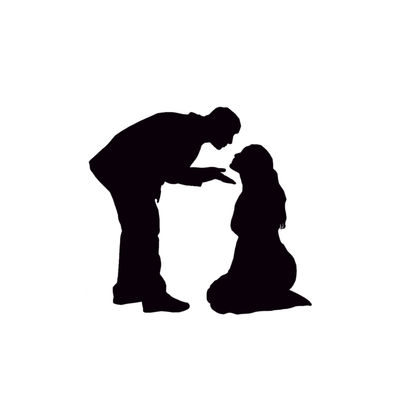 So as to pander to female voters -a substantial voting cohort, successive governments perpetually engineer social welfare programmes that specifically target women under the pretence that they are "victims" of a patriarchal system or men in general.

Social programmes such as Food Cards, URP, CEPEP or the Targeted Conditional Cash Transfer Programme all seek to undo the consequences of  poor moral choices such as premarital, unprotected sex, promiscuity and frivolity.

A decade or two ago the negative consequences of poor moral choices would form disincentives to ill-advised choices yet the government has now made the poor choices eligible criteria for government social assistance; thereby mitigating the negative repercussions that normally would discourage such behaviour. Ironically the more poor mistakes made, the more likely one is to qualify for government assistance, consequently more mistakes are made.

The state is in effect trying to replace the traditional role of husbands and fathers as providers and caregivers for their families; and have over time rendered more and more men redundant -especially men with relatively lower earning potential. Women therefore opt to "marry the government" rather than marry men or the father of their children and families subsequently breakdown.

Not surprisingly government assuming this caretaker role is hardly borne out of altruistic intentions. Rather, it intentionally places conditioned female "victims" in a perpetual state of dependency which empowers the bureaucracy at the expense of women and their families. It also substantiates the establishment of various "Ministries, Divisions and Programmes" through which tax dollars can be siphoned away corruptly.

Without a doubt state involvement in family affairs has lead to increased dysfunctionality within the Trinidad & Tobago family unit and it is clear that the only way to restore the traditional nuclear family and the benefits that follow is to return to a greater prevalence of viable family structure devoid of the toxic intrusion of the state. The time has come to return the responsibility in the event of family breakdown or poor moral choices to extended family, friends, neighborhood and church community -not government.
Posted by TrinbagoViews.com