The More Relevant Question: What shouldn't government do? 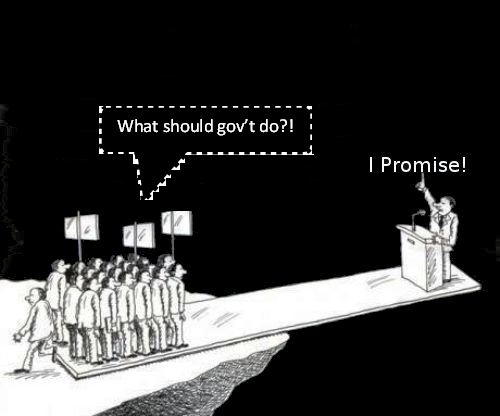 When a growing government and the politically connected enjoy the spoils plundered from the population it is substantiated on the basis that an elite ruling political class inevitably exists for society to function.

Via T&T's government funded education system the population is taught that the political class are especially special, wise and benevolent, exceedingly superior than members of the general population.

Moreover, the state, state funded academia and media supposedly endowed with “scientific experts” use convoluted language, scientific jargon especially in the social sciences to further fortify the need for an ever expanding, omnipotent government apparatus.

Meanwhile mere members of society must pay homage to our supposed leaders and refer to them as "The Honorable", to further reinforce supposed superiority despite numerous reported cases of dishonesty and corruption.

Most importantly however the population has been bamboozled into asking the wrong question when faced with any societal challenge: 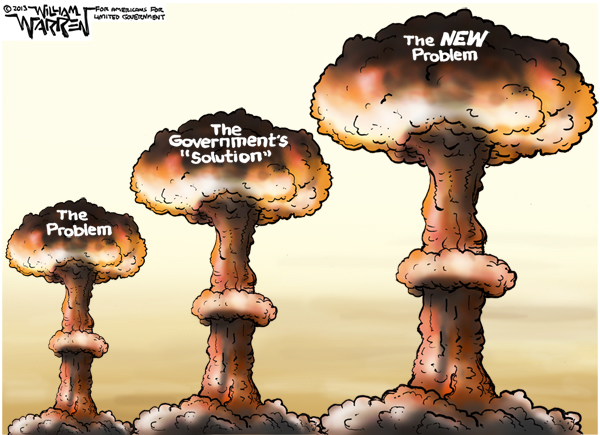 What should the government do?

This approach to solving problems is intellectually lazy, and many times ironic as the state is the genesis of the many societal problems in question.

Rather, the more relevant question to be asked is:


What shouldn't government do?

A classic example is the growing crime rate in T&T. Most neglect the fact that the growing number of murders, turf wars and gang activity are as a direct result of the criminalization and attempted crackdown on illegal drugs. When government attempts to eliminate drugs (which is a pipedream) it increases the prices of drugs to the benefit of producers, traffickers, gangs and bribe takers in the "protective services".


Breaking out of a statist mentality ensures that one's perspective is not obscured by years of indoctrination that forever prescribes a government solution for all social problems that only serves to make things worse.
Posted by TrinbagoViews.com